#70362  by lesh_lash
Mon Dec 21, 2009 2:50 pm
Looking for photos and information on the Alembic Osage Orange Guitar guitar used between 74-79. Specifically I am trying to figure out the neck inlay, any help woul be greatly appreciated. Please send or post any and all photos you might have of the Osage.

pickups1.jpg
pickups2.jpg
These photos I am adding are the pickups of Osage Orange that now reside with Fred Hammon of Hammon engineering.

#70363  by Rusty the Scoob
Mon Dec 21, 2009 3:06 pm
This is my favorite-sounding Phil bass, along with the final version of the Godfather. Fred Hammon has the pickups????? That is some seriously interesting news.

Any idea what happened to the rest of the bass? Or what scale length it was?

About the inlays, I just have the standard pics that Google-image conjures up... 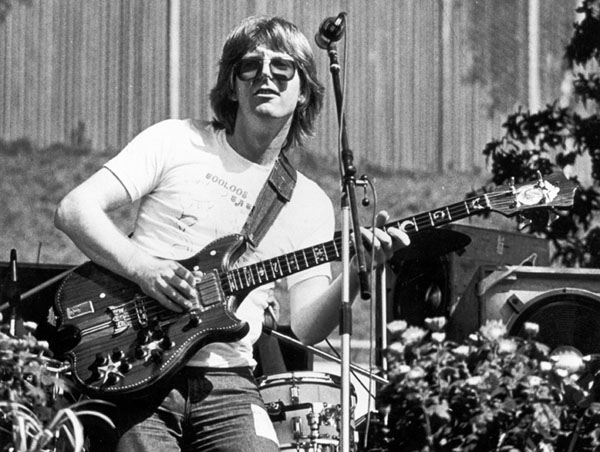 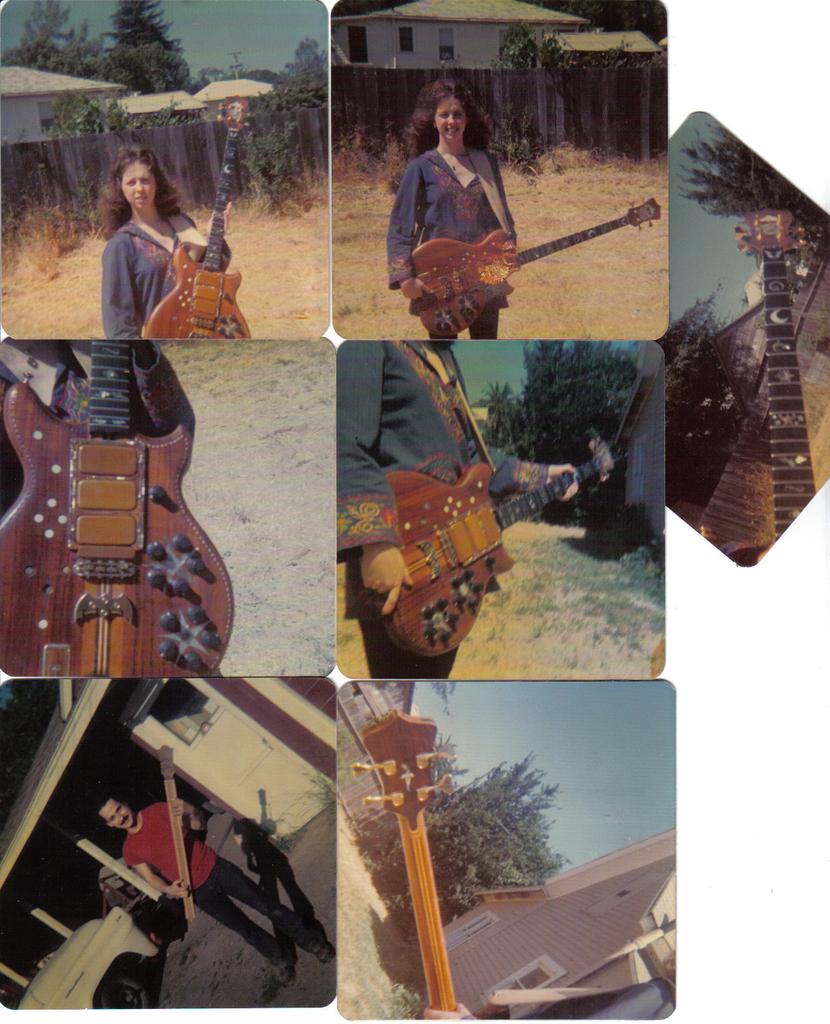 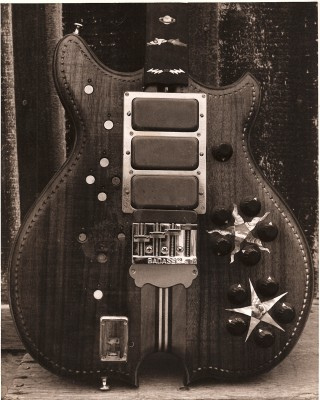 "There, in huge black letters, was 'The Grateful Dead'. It just... cancelled my mind out."-Garcia

As in the widely available Leo Quan® - Badass™ Bridge.
"There, in huge black letters, was 'The Grateful Dead'. It just... cancelled my mind out."-Garcia

#70370  by Rusty the Scoob
Mon Dec 21, 2009 4:51 pm
Very widely. My old road-warrior P-bass has one... I added it in the 90's sometime while it was my main gigging bass. I never knew Mission Control had one - although it appears to have been added later since the older pics show a handmade Alembic-style bridge. The last pic marked Grateful-Dead-Photos.com shows a different tailpiece added below the Badass bridge... not sure what is going on there, it's unusual-looking. Almost like fine-tuners but I only see three items toward the butt end of the bass. 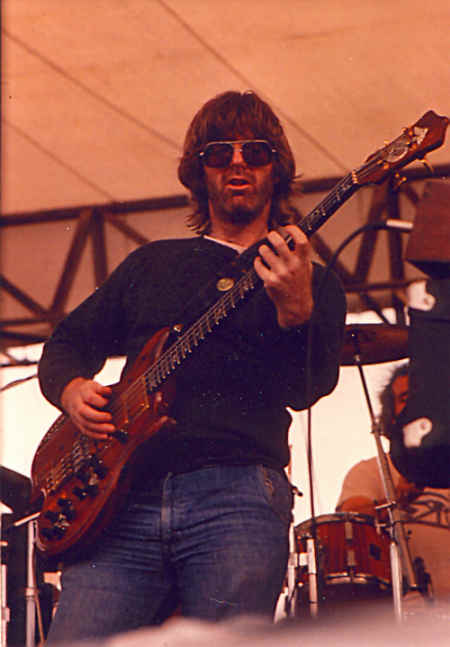 And some shots of the inside. Yeah... I think I'll stick with commercially-available preamps, thanks! 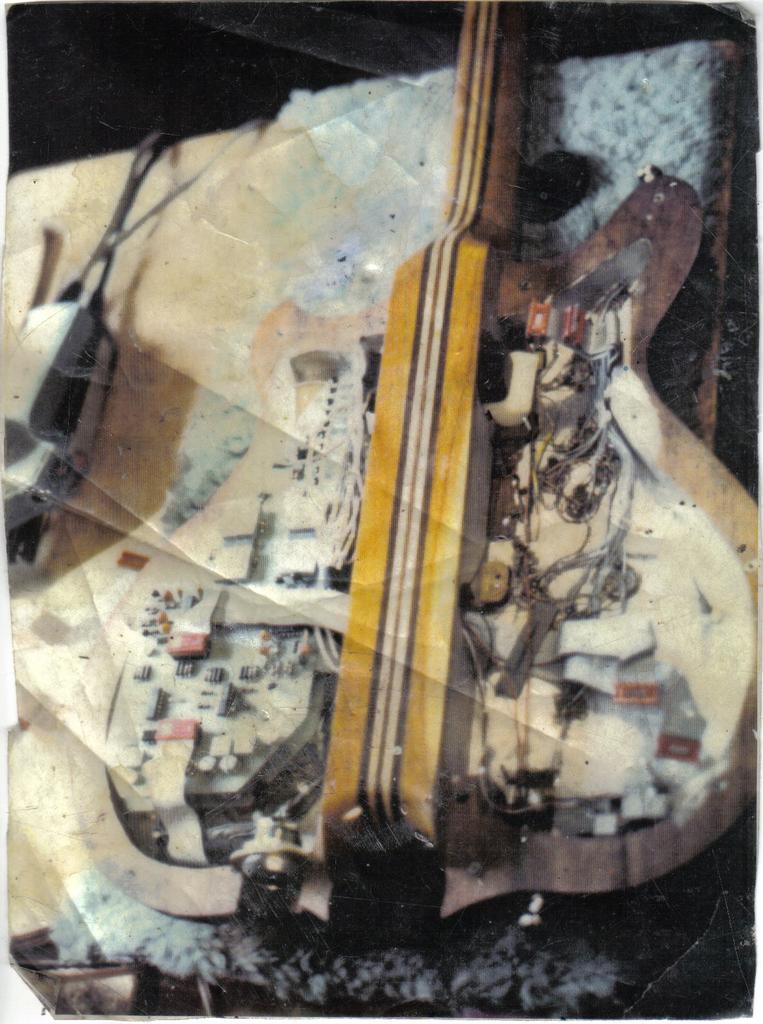 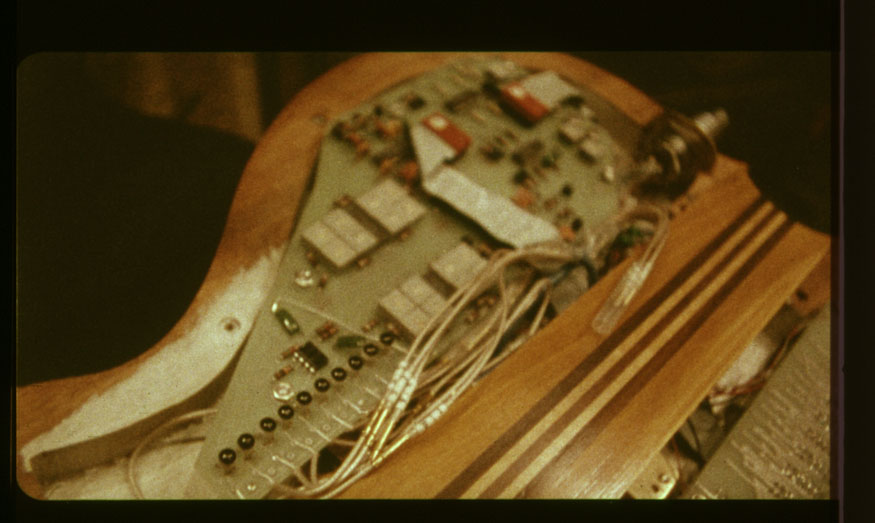 To answer my own question above, a user at Alembic.com quotes Mica in saying that the Osage Orange wood rejected the glue and the neck de-laminated. So I suppose that is what happened to it. Also speculation is that the bass was 32" scale, in between standard the 34" of a Fender and most basses, but longer than the 30.5" of a Starfire or EB3.

Rusty the Scoob wrote:To answer my own question above, a user at Alembic.com quotes Mica in saying that the Osage Orange wood rejected the glue and the neck de-laminated. So I suppose that is what happened to it. Also speculation is that the bass was 32" scale, in between standard the 34" of a Fender and most basses, but longer than the 30.5" of a Starfire or EB3.

I was looking for but and did not find the story, but there is an account out there somewhere of Phil discovering it had an intonation problem, and giving the O-O bass to someone in Pennsylvania(?)to use as a test bed for electronics, then dismantled pieces being discovered in a closet or something, and Fred Hammon getting ahold of the pups... somewhere in the talkbass forums maybe, I can't seem to google it.
"There, in huge black letters, was 'The Grateful Dead'. It just... cancelled my mind out."-Garcia

Rusty the Scoob wrote:To answer my own question above, a user at Alembic.com quotes Mica in saying that the Osage Orange wood rejected the glue and the neck de-laminated. So I suppose that is what happened to it. Also speculation is that the bass was 32" scale, in between standard the 34" of a Fender and most basses, but longer than the 30.5" of a Starfire or EB3.

I was looking for but and did not find the story, but there is an account out there somewhere of Phil discovering it had an intonation problem, and giving the O-O bass to someone in Pennsylvania(?)to use as a test bed for electronics, then dismantled pieces being discovered in a closet or something, and Fred Hammon getting ahold of the pups... somewhere in the talkbass forums maybe, I can't seem to google it.

Here it is, t'was in my notes to Blair about his 1st draft for the corresponding GD Gear chapter . The link I had for it is dead, so I'll just paste what I got:

This thread on TheDudepit, (an EZ board forum for gear techies) reveals the ultimate fate of Mission Control (it's NOT pretty!)

Fred Hammon:
"I'm told these are the original pickups out of Phil's Alembic Osage bass. Phil had given it to somebody in his road crew who was a machinist for some R&D work.. These pickups were apparently just in the way....
(the photos of the pickups that the thread author posted)
He traded them for a set of Dimarzios to our Pitter friend sometime back in '79 or so.

I took some measurements. The DCR measured in at 2.93K ohms on both. Exactly the same within 10 ohms. Good Job RT (Rick Turner, a member of the forum) !
The magnets measure approx 380 Gauss at the surface (DSs measure 450 average) and the polarity is north on both. Not RWRP. There apparently was another coil (dummy coil?- dark color) that was with the set but our friend couldn't get it.
I understand that the bass originally came with a quad pickup in the center so there are some missing parts to the puzzle. He knows that these came from/with the Osage because he saw it.
These are definitely very early hand made Turner pickups. Look at the brass mounting lugs. Definitely a prototype vibe.

The tech's name was Tom Smith, otherwise known as "Turbo Tom" who was also working on race cars or something in Detroit at the time and experimenting with bridge designs at night. The Osage was going through some major modifications, as in body routing etc. Anybody seen it lately?

They're safe and sound at Hammon Engineering now. Maybe Rick Turner will want them...or even Phil?

I've asked for a detailed account of how these came to be in our friend's possession so maybe he'll feel like posting it for anybody who's interested.

Looking at the pickups on Phil's bass in the photo and these pickups, I see a slight difference maybe. The pickups I have look more rounded at the edges especially in the corners. Possibly they were part of a collection of different pickups that were used in the bass over time. Where's RT? Answers, please!"

" Hi guys,
I'm the "silent" pitter who Fred was talking about. I'm not all that silent, I've just never posted in the Guild forum before. I just finished the little essay about my experiences way back when with the Osage Orange bass. He suggested that I post it here, so here it is:
(Pleas excuse the goofed up format. It's late and I just pasted the text into the reply)

So there’s my story. Do with it what you will. All I ask that is that you let me know if it’s of any use.

In my "essay" I forgot to mention that the pickups originally had some cool micro coax connectors on the leads that pushed on to corresponding jacks on one of the circuit boards in the bass. I was never able to find the jacks anywhere and so I removed the coax connectors and hard wired the leads for my "experiments". A coupe of decades later I came across the same kind of connectors used in some studio quality video gear. The connectors that had been on the pickups were long gone so I didn't pursue it any farther.
In our conversations, Fred asked about a black quad output pickup that was known to be mounted between the two regular pickups at some point. There was in fact a third black pickup mounted in the middle when I saw the bass, but I assumed that it was the dummy coil that was used for hum cancellation and never got to check it any detail."

RICK TURNER COMMENTS: "That article isn't necessarily all correct. For one thing, Phil did not design the filters, and there's no credit given to Ron Wickersham who really should get the nod as he supervised George Mundy all the way through that project. Then there's the assumptions re. humbuckers which may or may not be right.

I did way more pickup experiments, prototypes, customs, and short runs back in those days than anybody knows about. I made single coils of various apertures, trapezoidal pickups, humbuckers, humcancellers, quad pickups, hex pickups, and even a side by side hum canceller inlaid into a neck between the first and second frets (because someone paid me to is why). I did so many different things that I don't remember all of them or if I remember them, I'm not sure which instruments got which pickups.

Too much data on the hard drive, old boy...and the magnets keep interfering.

Too bad the bass got hacked...
RT"

FRED HAMMON: "Rick had asked me to do a simple test with a bar magnet to determine if there was in fact only one polarity in the pickups and not a double set of "mini" coils RWRPed like a P pickup.
I reported back there was only one polarity with the flux emanating from across the center lengthwise.

He writes back:
So,
They're single coils and there would have been a hum canceler somewhere inside the instrument. They're probably fairly wide aperture pickups, and at 3K that's consistent with what became the Alembic standard. That put the resonant peak above 20KHz. The hum canceler wasn't necessarily the same size or shape as the pickup, nor necessarily wound to the same resistance/turns, by the way.
Myth busters at work!- RT(Rick Turner) "

"There, in huge black letters, was 'The Grateful Dead'. It just... cancelled my mind out."-Garcia

I figured that I’d at least try the pickups through a simple opamp circuit, but when I did I found that they were very microphonic with low output, so I put them back in the box and back on the shelf.

Interesting diagnosis here - is it possible that the pickups themselves needed a 9v power source, like EMG or similar bass pickups? How many individual wires are coming out of each one?
http://www.thegarciaproject.com/
https://www.facebook.com/TheGarciaProject/
Emeritus: http://www.fennario.us

Back of the neck an inlay of the Egyptian god Osiris.

Front of the guitar are two stars mado out of abalone.

#70473  by Rusty the Scoob
Wed Dec 23, 2009 8:17 am
That could be anything. Have you tried the Grateful Dead Movie? There are some great shots of that bass in the scene where Phil's warming up and realizes that the bass is picking up noise from the camera motor. Might be able to freeze a frame or two and see it.

#70477  by lesh_lash
Wed Dec 23, 2009 8:40 am
Believe me I have watched the movie talked to several people, photographers etc. I have talked to people on alembic forum and elsewhere. I am still looking!!!!

Just out of curiosity, what are you up to that requires all the research on the inlays?
http://www.thegarciaproject.com/
https://www.facebook.com/TheGarciaProject/
Emeritus: http://www.fennario.us